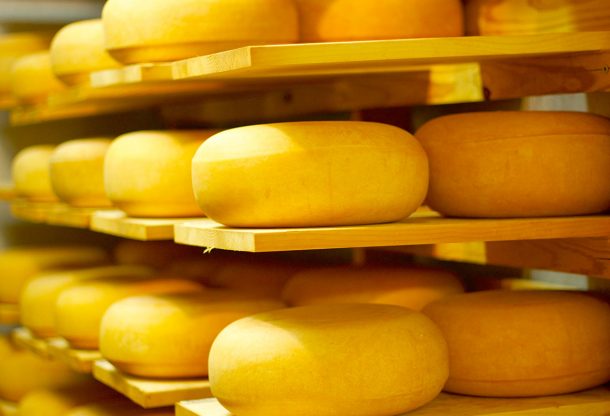 BB Kappa Casein is becoming an important genetic trait for dairy producers wanting to increase the cheese yield in the milk their cows produce.

In another article I discussed the emerging evidence of a difference in A2 milk, and the growing demand for A2 cattle and genetics. However, the A2A2 Beta Casein protein is just one of THREE major milk proteins that can have an effect on milk quality.  The other two proteins, Kappa Casein (KCN) and Beta Lactoglobulin (BLG), are valuable, not only for their functionality in the production of food, but also in their economic value to dairy producers and cheese makers alike.

Like A2 Beta Casein, these other proteins are determined by the genetics of the cattle, and can be secured by focusing on specific genes. Kappa Casein, the “cheese yield gene,” and Beta Lactoglobulin, the “butterfat yield gene,” are both important to consider, like A2A2 Beta Casein, because they are determined by a cow’s genetics.  A blind focus on the A2A2 Beta Casein protein, without regard for the other proteins, could be economically detrimental, depending on what your goals as a dairy producer might be.

If you are a cheese maker, whether you buy milk from another dairy or produce it yourself, Kappa Casein is an important protein in milk that can affect the amount of product yielded from a given volume of the milk you process. Like Beta Casein, the type of Kappa Casein present in the milk is determined by the genetics of the cow. There are three main types (alleles) of Kappa Casein: A, B, and E.  Several other types exist but those are extremely rare and hardly ever occur in modern dairy genetics. An animal gets one allele, or “half” of its genotype, from each of its parents. Different combinations of these alleles produce different milk characteristics.

According to this article, the combinations of these 3 alleles of kappa casein in a dairy animal display the following characteristics:

Holt Creek Jerseys tests our cattle and bulls for the three main milk proteins, and we identify them in our semen catalog and on our semen page. You can easily discover the BB Kappa Casein trait in our Jersey bulls by looking at our 10-star rating guide, which identifies milk proteins and other characteristics through a color-coded scoring scheme.  We may have BB Kappa Casein bulls, cows and heifers for sale in the future.  At the moment, we have a waiting list for all animals and will gladly add you to the waiting list if you contact us.