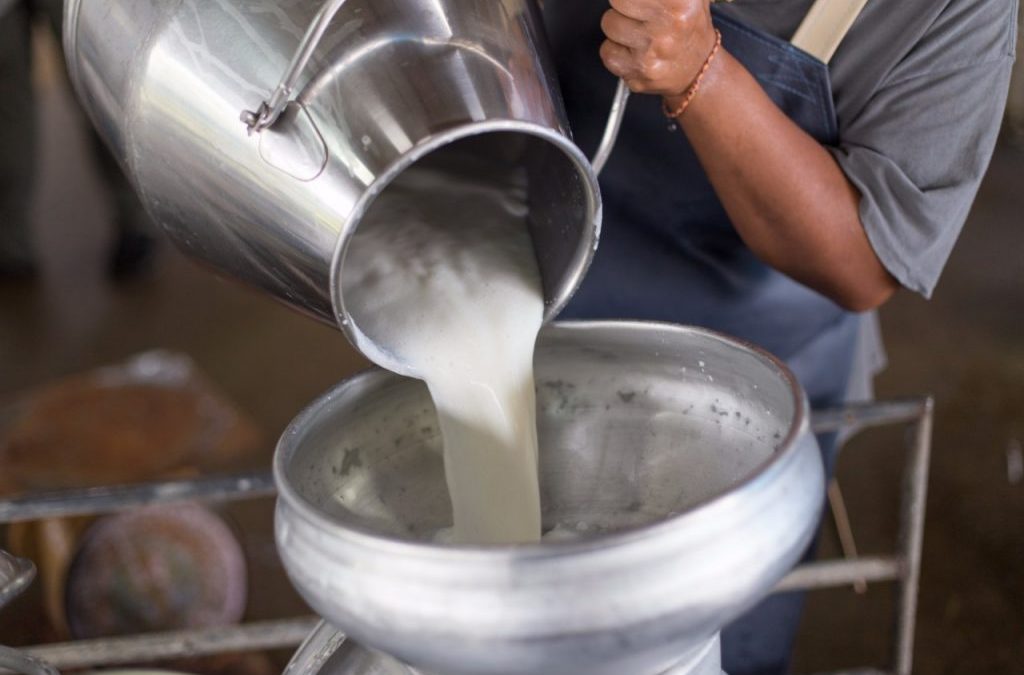 NOTE: This article originally appeared in the July 2012 issue of the Stockman Grass Farmer.  At that time, Holt Creek Jerseys had been breeding for A2 Beta Casein milk for several years, and we were actively marketing A2A2 bulls and semen.  Also at that time, A2 Beta Casein milk and its benefits was considered to be a controversial topic, and many dairy producers, cattle breeders, milk companies and AI studs regarded the A2 “craze” as a passing fad.  Although the article was written and submitted in 2009 it took 3 years for it to be deemed relevant enough to be published.  Now, almost every major AI stud tests bulls and publishes their A2 status, entire milk companies have been built around the A2 protein, and A2 cows and bulls are highly sought-after by cattle breeders all over the world. The article appears here as it was written 10 years ago, published unaltered to show how the discussion surrounding A2 Beta Casein milk has developed over time.

I’d like to start out by stating that I do not support any claims regarding the purported health benefits of A2 milk. Do not take that to mean that I don’t think those claims may have some validity. I happen to believe that organic, grass-fed milk from A2 cows is one of the healthiest foods on the planet, but I also acknowledge that such beliefs have been disputed. Even so, there are many compelling sources of information regarding the nutritional qualities of A2 milk, most notably a book entitled The Devil in the Milk by Dr. Keith Woodford. If you haven’t read it and are interested in learning more, I suggest you take a look at it so you can make up your own mind about this controversial subject. Although we grass dairy producers are responsible for producing the healthiest products available for our customers, I will be approaching the subject of A2 Beta Casein from the perspective of the cattle breeding business. After all, cattle breeding, at the very least, is a business endeavor, and as grass dairy producers our cattle are our most important business partners. By focusing on their genetics, we can sometimes take advantage of beneficial opportunities.

Over the past few years, and even more so in the past few months, many people have contacted me with questions about where to find A2 Beta Casein milk, and more importantly, where to find A2A2 cows. No, I’m not sneezing—“A2A2” is the designation of a particular genetic combination of a specific milk protein, Beta Casein (or BCN). Other common designations are A1A1, and A1A2, but there are others that are less common. According to Dr. Woodford’s book, the type of Beta Casein found in milk may have profound influences on the milk’s digestibility and could influence other metabolic functions. I’m not going to say that A1A2 milk is healthier than A1A1 milk, or that A2A2 milk is healthier than both of them. What I will say is that almost everyone who contacts me wants milk from A2 cows, or they want A2 cows to milk, or they want A2A2 bulls to breed to their cows to increase their chances of having A2 calves. In some parts of the U.S. and in other parts of the world, A2 milk sells at a premium, although I doubt the dominant conventional dairy industry would acknowledge that those premiums are due to any qualitative difference, as has been the case with “organic” and “grass-fed” qualifiers, to name a couple. This begs the question, though: what would happen if a leading milk brand or co-op such as Horizon or Organic Valley decided to market a line of A2 Beta Casein milk?  What if Starbucks or Wal-Mart jumped on board? I don’t know if either of those situations will ever happen, but I do know that an increasing number of folks who direct market their products, whether raw or otherwise, want to be able to say, sometimes on a label, that their products “came from A2 cows.” In fact, some of these people report that their customers are demanding milk from A2 cows, in some cases avoiding milk from non-A2 cows and searching for producers that can provide them milk from A2 cows. That kind of consumer momentum can be ignored and dismissed, or it can be recognized and capitalized upon. It’s a business decision, not without costs, and, once again, it all comes down to genetics. The only way to get milk from an A2 cow is, well, to milk an A2 cow, and the only way to get more A2 cows is by using A2 bulls.

The Devil is in the Details

If, as Dr. Woodford’s book suggests, the devil really is in the milk, then the devil is in the DNA of the cattle, and that is something that we as breeders can somewhat control through genetic testing and selective breeding. I must admit that a couple of my above statements are oversimplified. It is possible to get A2 cows without using A2 bulls, genetic testing, or even selective breeding. In fact, it can happen totally by accident. Here is an explanation of what I mean: In every mating, a calf gets half of its BCN genes from each of its parents, and, depending on the genetic makeup of the parents, the calf can inherit either of the two “halves” of the BCN gene from either of its parents. The probability of a calf inheriting two halves of the A2 gene depends upon how many halves of the A2 gene each parent carries. The kicker here is that a cow has to be homozygous (possessing identical halves) for the A2 gene in order to produce A2 milk: an A1A2 cow does not produce “half-A2” milk.  Furthermore, a homozygous A1 parent will never have an A2A2 calf, and, conversely, a homozygous A2 parent, if bred to another A2A2 parent will always have an A2A2 calf. There are a few other possibilities and probabilities that can occur (see Fig. 1).

In many sources that I have seen floating around on the Internet, the breed of cow is often given as an indicator that the animal will be A2. Many of these sources make such generalizations that “Holsteins are an A1 breed” and “Jerseys are an A2 breed.” This is a misconception. Although it may have been historically true that a higher percentage of Jersey cattle are A2, the fact that the higher population of Holstein cattle greatly outnumbers the population of Jersey cattle would suggest that there are probably more A2 Holsteins in the world than there are A2 Jerseys! Indeed, there are many A1 jerseys out there, as well as many A2 Holsteins. There are also A2 Ayrshire, Guernsey, even Red Angus and Hereford. All cattle contain some variant of the Beta Casein gene, and some of those variants will be A2. So, if you’re thinking of making a cattle purchase, don’t buy into the hype that the color of the cow determines her A2 status. Indeed, the only way to know with certainty that an animal carries the A2 gene is to send a sample of the animal’s genetic material to a laboratory that does such testing. Depending on the lab, this is usually a hair follicle sample, but it may also be a button of skin from the ear, blood, or even semen. You will need to do some research to find a lab that can do this testing. Costs can range from $20 to $45 per test, sometimes depending on the type, and results can be obtained in as soon as 10 days, up to a period of weeks. If you don’t want to know, or if you don’t think that knowing the A2 status of your animals is worth the cost, it is easy enough to increase the percentage of A2 cows in your herd simply by using A2 bulls and semen. Doing so repeatedly over multiple generations will result in an increasing percentage of the calf crop becoming A2 each year, provided that you raise your own replacements and don’t sell them, which brings me to the problem (if it can be perceived as such) with developing confirmed A2 cattle: keeping them around.

As I mentioned earlier, there is a growing demand for A2 cattle. In a few cases I have heard that, like milk from A2 cows, the A2 cows themselves have sold at a premium above non-A2 cattle. Although this hasn’t always been true in my experience, I have found it to sometimes be much easier to sell confirmed A2 cattle than it has been to sell non-A2 cattle or cattle of unknown BCN status, and the same goes for bulls and semen. In other words, your A2 cattle might not be worth more money on average, but they may command more of a share in the market. Their A2 status might mean the difference between a confirmed sale and an “I’ll have to think about it.” Time will tell whether this trend will cause a shortage of A2 cattle on the market or a surplus, but it doesn’t seem like an overwhelming percentage of cattle breeders are scrambling to increase the prevalence of A2 cattle in their herds. Those who do focus on the trait and genetically manage their cowherds for A2 Beta Casein milk may be adding value not only to the products produced, but also to the animals themselves.Those who add that value sooner rather than later may be positioning themselves to benefit if and when the time comes to do so.