How It All Started:

The Origins of Holt Creek Jerseys

Hello, my name is Ben Gotschall, and I am the owner of Holt Creek Jerseys.  I raise and market Grass-fed, A2A2, Polled Jersey cows that milk on grass only and bulls to make more of them.

I grew up on a diversified beef ranch and dairy in the Nebraska Sandhills, and Jersey cattle have been my lifelong passion.  I started my herd in 1990, when I was 10 years old, with one cow, the only Jersey in my father’s milking herd of Holsteins.

Even at that young age, I was serious about developing a top-tier production herd of Jersey cattle. I set for myself the goal of having the highest-producing Jersey herd in the state of Nebraska. I bred my cows to high-production bulls and purchased cows and heifers from high-producing herds in the Midwest, and by 1997, as a senior in high school, I had the top herd in the state for milk and protein production.

Some of my cows completed lactations that were AJCA Hall of Fame Production records, and Holt Creek Jerseys was ranked in the top 10 small-size Jersey herds in the U.S. for milk and butterfat production.

At that time, we sold commodity milk to DFA, who came and picked up our bulk tank load every 3 days. We fed the milking cows a specially-designed production pellet in the parlor, we fed the heifers a heifer grower ration that included corn, and kept our calves in individual hutches where they were fed milk replacer and calf starter pellets until they were weaned, usually at 6 weeks old, when they went onto pasture. It was a high-input, high-production, LOW PROFIT scenario, even when milk prices were decent.  It was not a system designed to be profitable under unfavorable economic conditions, and it was not sustainable.  When milk prices dropped in 1998, our income from milk sales to DFA was not enough to cover our cost of production.  We were faced with the infamous choice facing many small dairy farmers then and now: GET BIG, OR GET OUT!

Click HERE to find out how we took our herd to the next level.

Are you interested in Grassfed, A2A2, Polled Jersey genetics?

When you sign up for our Email list, you will be the first to know when we have new Cows, Bulls, and Semen available. 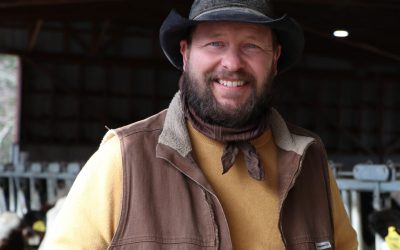 Holt Creek Jerseys owner and founder Ben Gotschall recently appeared on the Ranching Reboot podcast to discuss his transition from ranching in the Nebraska Sandhills to dairy grazing in coastal Maine, where his family and the Holt Creek Jerseys cowherd now reside.... 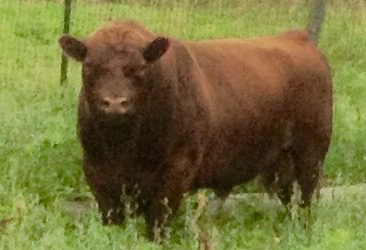 WHAT?! Beef semen on a Jersey website?  Believe it or not, we have had many customers over the years wanting  mid-size polled beef semen to use on large, frail cows or to use on their Jersey cows to produce dual-purpose females and terminal cross bull calves. This is... 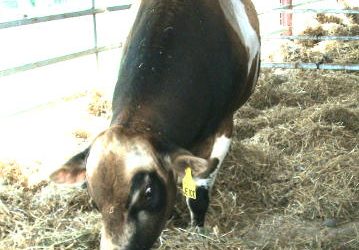 ASK A QUESTION, GIVE US FEEDBACK, OR MAKE A REQUEST: