WHAT ARE ADAPTED GENETICS? 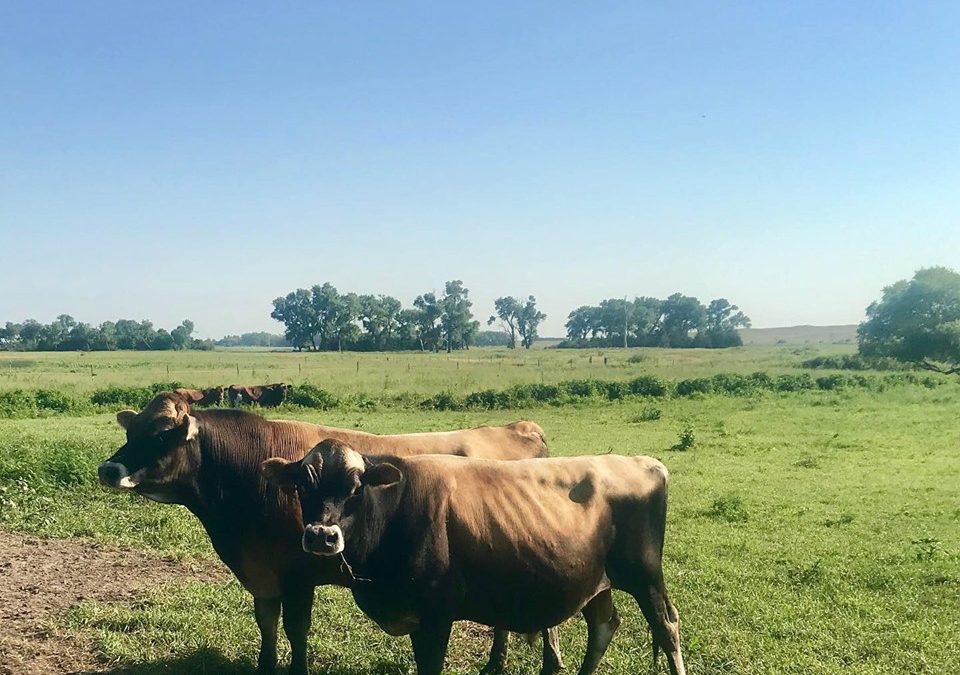 One of the most common questions we get about our bulls is: “Do you have New Zealand genetics?” The answer is Yes, and No. Most accurately, our adapted genetics could be described as “Native-ized American” adapted genetics.

In the late 1990’s we began using New Zealand sires from LIC. We found that the offspring of the most popular New Zealand “grazing sires” did not have the survivability to make it through our cold winters and hot summers, and did not display the Grazing Ability we were looking for. While many of them were extremely fertile and had high butterfat % milk, many more lacked substance and did not display the kind of rugged vigor needed to perform in less-than ideal conditions. Oddly enough, the bull that performed the best for us had substantial U.S. Jersey influence behind him. That bull was Williams Minstrel, whose dam was linebred to the great U.S. butterfat bull J.S. Quicksilver Royal. Our Minstrel daughters had the constitution to withstand the harsh environmental extremes and demanding forage-only management system on the Sandhills ranch. Like so many Royal-influenced cows, they produced optimum milk volume and high-butterfat % milk.

Many of the other New Zealand bulls just did not pan out for us, with one exception. The sons and daughters of Beledene Dukes Landy have shown much more consistency of the traits we were seeking, including fertility, butterfat %, and rumen capacity. Landy was an intensely line-bred bull who was developed by the Revell family in Taranaki, New Zealand. Landy’s full brother, Beledene Dukes Lord, was considered to be their best-ever herd sire, and Landy’s mother, Beledene Noble Lydia, was considered to be their best-ever brood cow. In fact, the Revells bred Lydia to Lamorna Roz Duke, Landy’s sire, a total of 12 times!

What was even more fortunate for us, was that Landy proved to be an excellent cross on our Williams Minstrel-influenced daughters, and vice-versa. This foundational cross has helped us secure what we see as the type of adapted genetics we need, and we have been saving our own line-bred bulls from these bloodlines for several generations. We feel that bulls from our own cows, which have been selected for performance in our environment and not in New Zealand, is what sets our bulls apart from imported semen and embryos. Our Nebraska Sandhills adapted genetics are “Native-ized” to the North American Great Plains landscape, forage, and climate, and are selected for Functional Efficiency, Fertility, and Food Quality.